The Liwa prospect is located on the southern part of Fiji’s largest island, Viti Levu, and is approximately 50 kilometers east south east of the Nadi. The prospect sits within Special Prospecting License No. 1425 and, along with landowner agreements, has been renewed for 5 years, the maximum allowed under Fijian exploration policy. Liwa is part of a 148 km2 property, located 50 km south of the Vatukoula gold mine, which has produced 7 million ounces of gold. 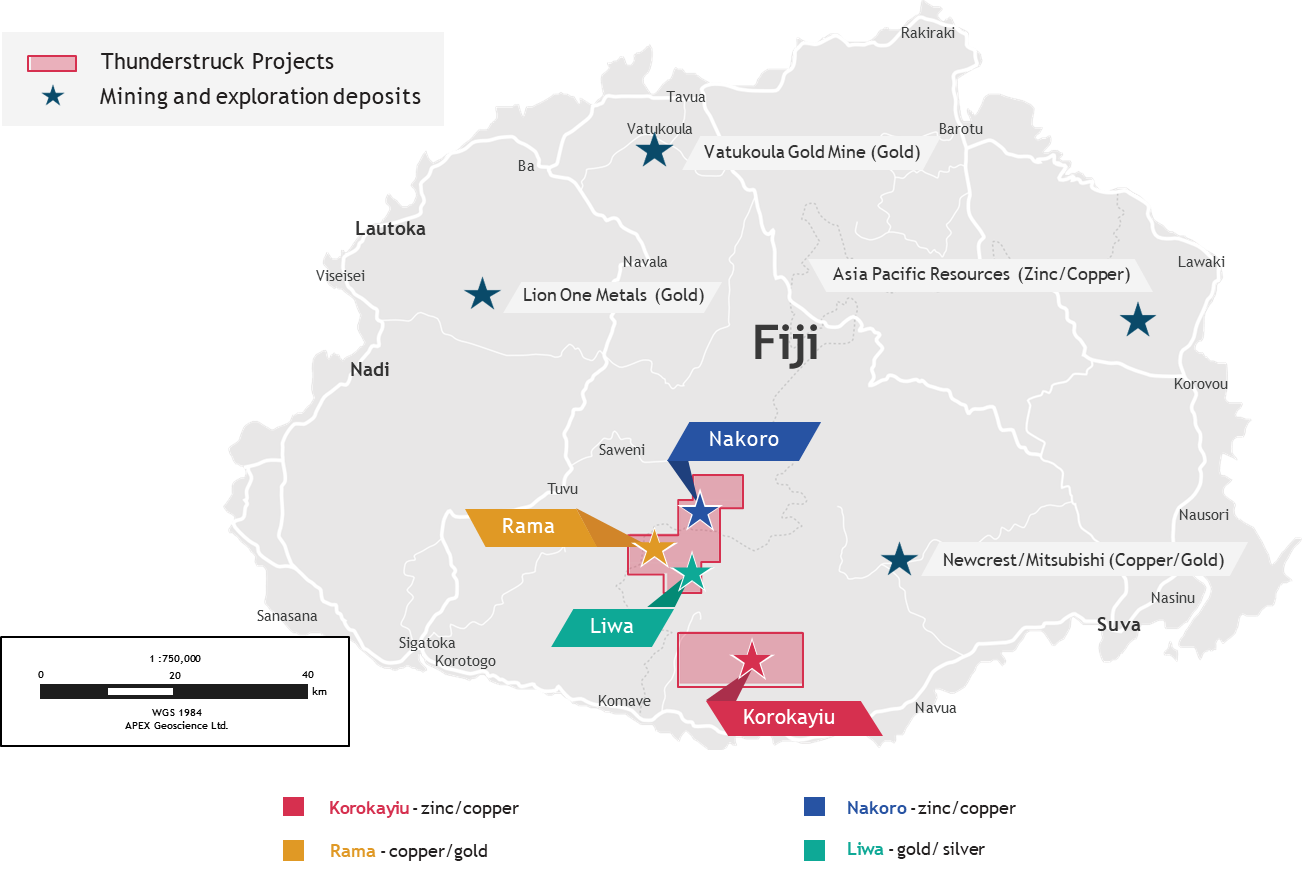 Exploration on the property began with a discovery of 8.4 g/t gold and 93 g/t silver within a siliceous float sample collected by Amoco Minerals in the late 1970’s. Their follow up soil sampling program, however, only assayed for limited base metals, with no interest in gold potential. Previous operators discovered veins with up to 30 g/t gold and silver, along with numerous anomalous rock, soil and stream sediment samples. No systematic exploration had ever been done on Liwa until Thunderstruck purchased the asset in 2016.

Geologically, Viti Levu has been exposed to a complexity of crustal plate rotations and has been dominated by island arc development followed by rifting, like that of neighboring Pacific Rim countries. Magmatism, precious and base metal emplacement occurred episodically throughout the evolution of the Fijian platform. The oldest known mineral occurrences were emplaced within low-k tholeiitic volcanics of the Wainimala Group, host to the Liwa prospect.

Recent studies at Liwa confirm that the observed mineralization styles represent an intermediate (+/‐ high) sulphidation style epithermal gold‐silver deposit. It is proposed that mineralization is related to the intrusion of the Tholo Plutonic Suite. Gold‐silver, locally base metal‐rich bearing veins and broad hydrothermal alteration zones are hosted primarily within basaltic trachyandesite rocks of the Wainimala Group. Significantly, open‐space veining and silicic alteration at higher elevations are interpreted to indicate that current exposure lies close to the paleo water table and has seen relatively little erosion, indicating that considerable potential exists in structures open along strike and at depth. Mineralization is controlled by northeast‐trending fault zones and is spatially related to kaolinite‐poor argillic alteration present in two forms: 1) Thin, base metal sulphide‐silver veins; 2) Two‐stage breccias with acid argillic altered cores and argillically altered peripheries that host gold mineralization in the form of electrum. Both remain open at depth and along strike.

Over the last 3 years, several surface geochemical exploration campaigns at the early‐stage Liwa prospect have resulted in the discovery of a number of broad zones of alteration returning anomalous surface soil, rock float and outcrop, and trench gold grades. A series of 4 main prospects have been identified over an approximately 3 km northeast‐southwest oriented structural corridor. Highlights of recent exploration include: 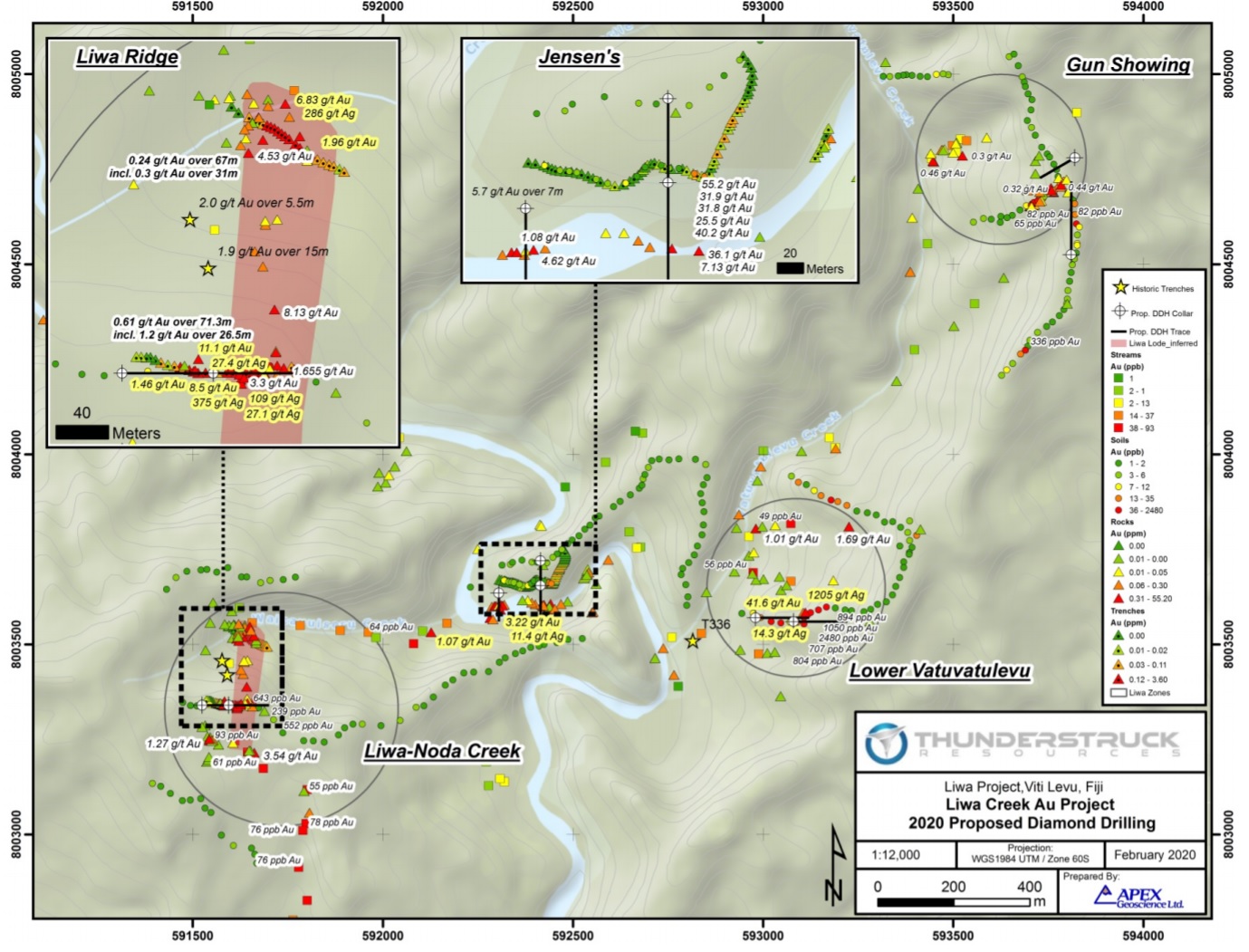