Nicol Appointed to the Board to Oversee Exploration

Bryce Bradley, Thunderstruck's President/CEO states, "With the addition of Dusty to the Board of Directors, and taking on the role of Senior Exploration Manager, we are poised for an aggressive advancement of our Fijian assets. His exploration experience, passion and track record for discoveries will lead the Company to great success, and we're very happy that he believes in the significant upside of our projects."

Dusty added, "I am very pleased to be joining Thunderstruck in this role. I believe the Company's projects are very exciting and have tremendous discovery potential. I look forward to being part of the excellent and professional exploration team that the Company has put together and participating in the discoveries that I feel are going to be made on our projects."

Drillhole "Liwa 1" intersected a broad zone (over 15.5 m) of clay-sericite-quartz alteration as well as other significant zones of alteration and mineralization, including over 25.5m of intense silicification, and zones up to 5.6m of visible sulphides. This alteration and mineralization are interpreted as epithermal, consistent with the upper portion of a porphyry copper-gold system. Assays from this drillhole are pending. An interval of 0.24m at 1.65 g/t Au and 5.14 g/t Ag was intersected in this drillhole. 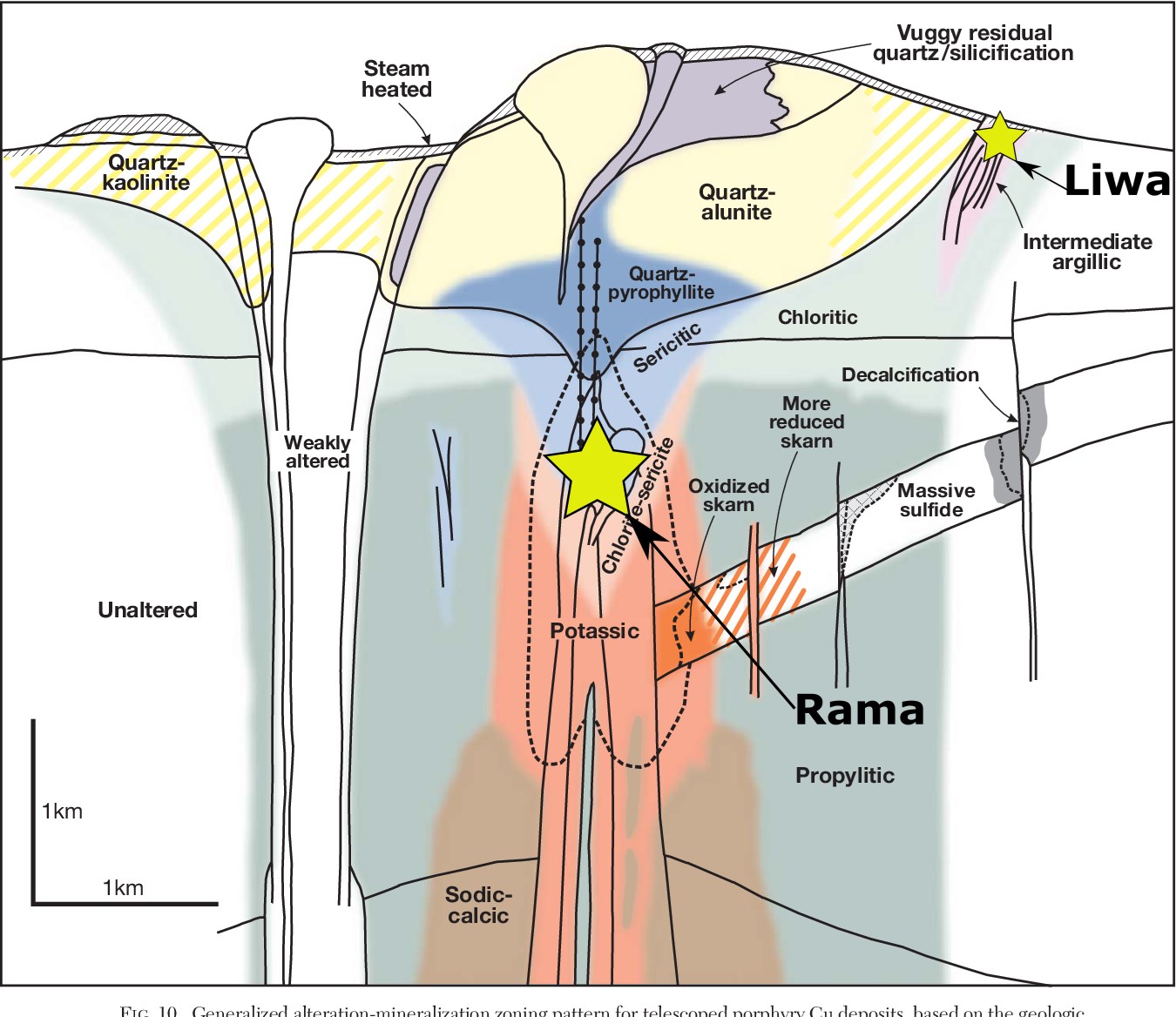 Results from the drill hole confirm the presence of anomalous gold grades at depth on the property. Further, they indicate that the epithermal system linked to gold grades at surface continues at least 72m below ground, with continued potential at greater depths. Mineral alteration and vein textures at depth suggest that a complex and potentially ore-forming system exists at Liwa. Additionally, these features allude to the existence of a deeper "boiling zone" that is predicted to host higher gold grades at depth (See press release dated October 11, 2019).

Assays of samples collected during the 2021 mapping campaign confirm further extension of the epithermal system along-strike at Liwa, with samples in the new area grading up to 0.4 g/t Au. Additionally, the new outcrop of the Liwa Ridge breccia graded up to 1.010 g/t Au and 22.3 g/t Ag. This outcrop allowed for structural measurements to be taken of the breccia, which will lead to much improved drillhole targeting when the structure is drilled in 2022. The geochemistry and alteration at Liwa support the idea that is the top of a porphyry copper-gold system. Liwa is adjacent to the Company's Rama License, which has been identified as a porphyry copper-gold system. This supports the speculation that Liwa and Rama may be part of one large mineralized porphyry copper-gold system.

In addition, a distinct unit of volcanic rock hosting sulphide mineralization has been identified at Liwa, similar to the volcanic unit hosting massive sulphide mineralization at the Company's volcanogenic massive sulphide (VMS) projects, Korokayiu and Nakoro. This volcanic unit has been identified in both drill core and outcrop. This adds credence to the notion that the company's properties are all situated within a broad metallogenic region hosting a variety of deposit types. The geological team is excited to develop this idea further as they continue to refine their understanding of the region's geology.

Company geologists uncovered a 2km along-strike extension of the Nakoro massive sulphide gossans that can be correlated to targets that were historically drilled by Anglo American. This represents a significant enlargement of the prospect and provides additional targets for drilling in the 2022 season. Additionally, a gabbro intrusion hosting copper minerals such as bornite and chalcopyrite was discovered to the east of Nakoro Village. This is a potentially significant component of the mineralising system at Nakoro, and company geologists are excited to develop it further through upcoming assay results and investigation in the 2022 exploration season. The complexity of the geology in the area confirms that this was a geologically dynamic region of Fiji with great mineral potential.

The exploration program for 2022 is being developed and is contemplated to include the following:

Viti Levu, the main island of Fiji, has a long mining history. It is on the prolific Pacific Ring of Fire, a trend that has produced numerous large deposits, including Porgera, Lihir and Grasberg. The island of Viti Levu hosts Namosi, held by a joint venture between Newcrest and Mitsubishi. Newcrest published Proven and Probable Reserves for Namosi of 1.3 billion tonnes at 0.37% Cu and 0.12 g/t Au (5.2M ounces Au and 4.9M tonnes Cu). Namosi is now undergoing environmental assessment as part of the permitting process. Lion One Metals is now developing its Tuvatu Project, with Indicated Resources of 1.00 million tonnes at 8.48 g/t Au (274,600 ounces Au), and Inferred Resources of 1.33 million tonnes at 9.0 g/t Au (384,000 ounces Au) reported at a 3.0 g/t Au lower cutoff. The Vatukoula Gold Mine has been operating for 80 years, producing in excess of 7 million ounces.

Thunderstruck Resources is a Canadian mineral exploration company that has assembled extensive and highly prospective properties in Fiji on which recent and previous exploration has confirmed zinc, copper, and precious metals mineralization. The Company provides investors with exposure to a diverse portfolio of exploration stage projects with potential for zinc, copper, gold and silver in a politically safe and stable jurisdiction. Thunderstruck trades on the Toronto Venture Exchange (TSX-V) under the symbol "AWE" and United States OTC under the symbol "THURF".

The analytical work reported on herein was performed by Australian Laboratory Services Pty. Ltd. (ALS) at Perth, WA. ALS is an ISO-IEC 17025:2017 and ISO 9001:2015 accredited geoanalytical laboratory and is independent of the Thunderstruck Resources and the QP.

Rock and drill core samples were subject to crushing with >85% passing 3.15mm and then pulverised to better than 85% passing minus 75 micron. Samples were then split using a riffle splitter. A 0.25 gram sample pulp was then subject to 4-acid (HF-HNO3-HClO4) digestion and analysis through a combination of ICP-AES & ICP-MS (ME-MS61) for most elements, including silver. A 30 gram fire assay fusion (Au-ICP22) was used for gold determination.

Dorian L. (Dusty) Nicol, FAusIMM, RG, the Company's Director and Senior Exploration Manager, is a Qualified Person for the Company's projects as defined by National Instrument NI 43-101. Mr. Nicol has reviewed and approved the technical content of this news release.

Rob Christl, VP Business Development and Investor Relations
Email: This email address is being protected from spambots. You need JavaScript enabled to view it.
P: 778 840-7180
or, visit our website: http://www.thunderstruck.ca

To view the source version of this press release, please visit https://www.newsfilecorp.com/release/110631